Well, Sunday was tough to watch. The Seahawk’s lost a game they were favored to win, the fans booed the home team, and we’re now 3 and 3. Basically, we’re just not in sync right now. A lot of it has to do with injuries. We are missing a couple of our best receivers, our star running back is not 100%, and neither is the offensive line. Hopefully those things will improve in the coming weeks.According to the Times, it was 68 degrees at kickoff. I don’t think I’ve ever seen a sky this nice during a Seahawk’s game. 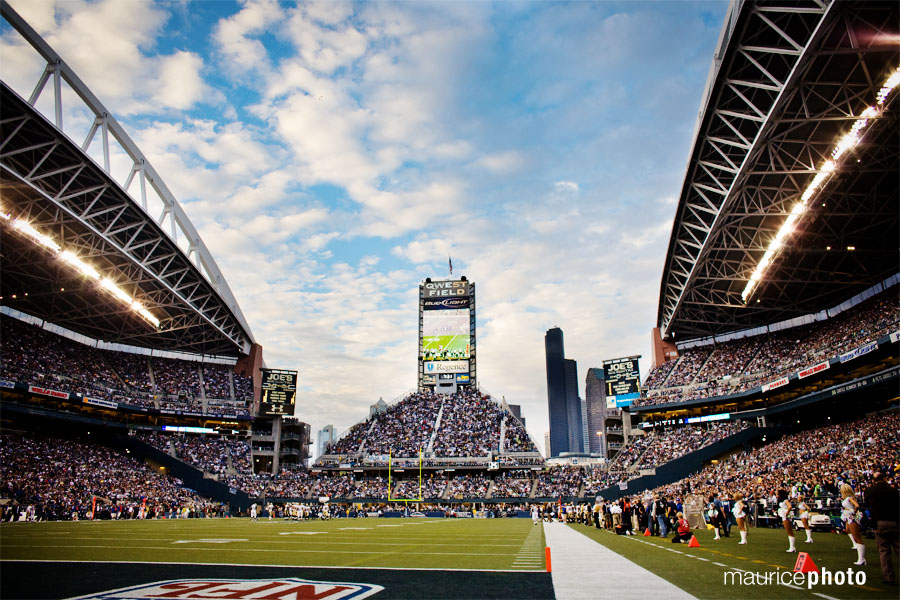 Click below to see some action shots….I’ve always love player introductions. I think maybe it’s because as a kid you always fantasized about running onto the field and have them announce your name. That, and winning the game with seconds left. 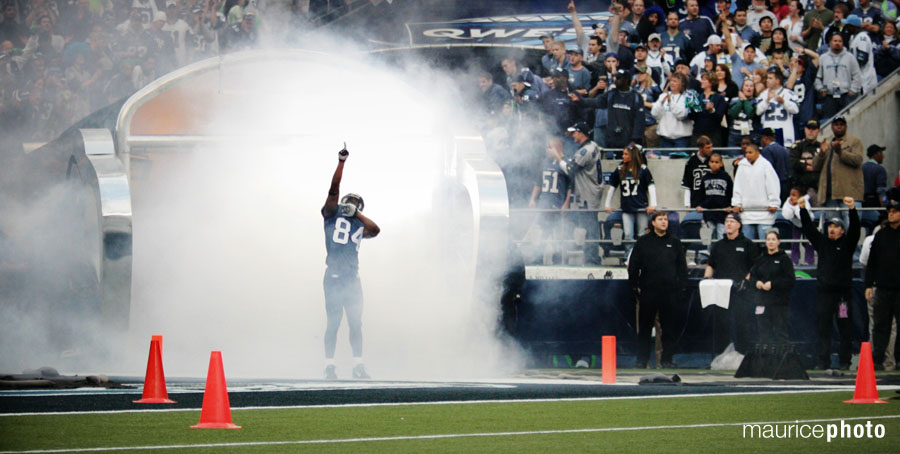 Here’s another view. Kind of looks like there is a fire in the locker room, but it’s just lighting. 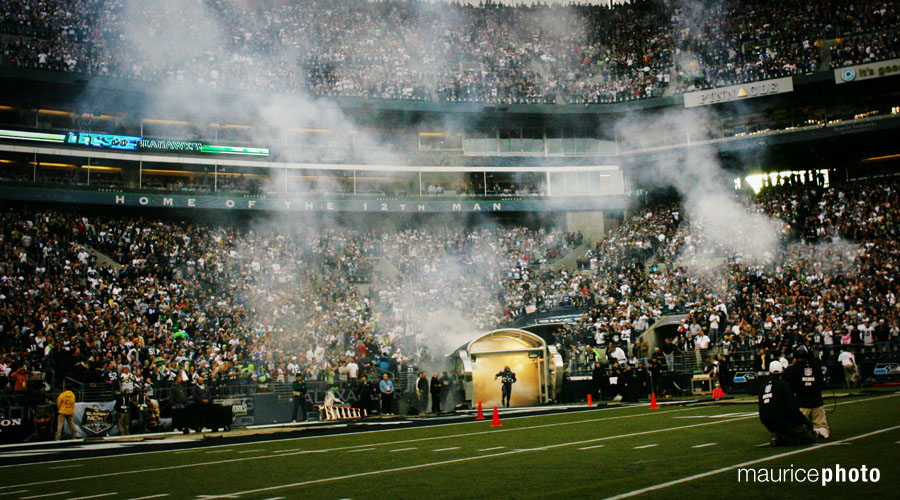 Most of the highlights this game, were of the Saints. I was worried they were going to finally get a win here. They have too much talent on that team to have not won a game yet. Reggie Bush is unbelievably fast and athletic. He’s one of those special players who always seems to be a step ahead of everyone else on the field. 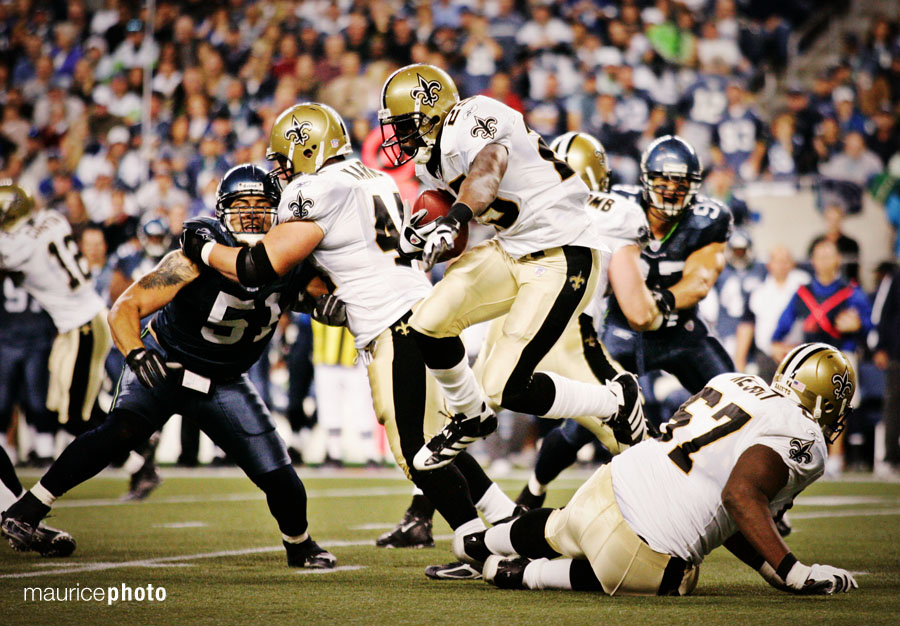 Here’s a good shot of the special teams kickoff return team. I never noticed how they hold hands until I started shooting games. You don’t really see it on tv. It reminds me of that game Red-Rover that kids play where you try to break through the line. 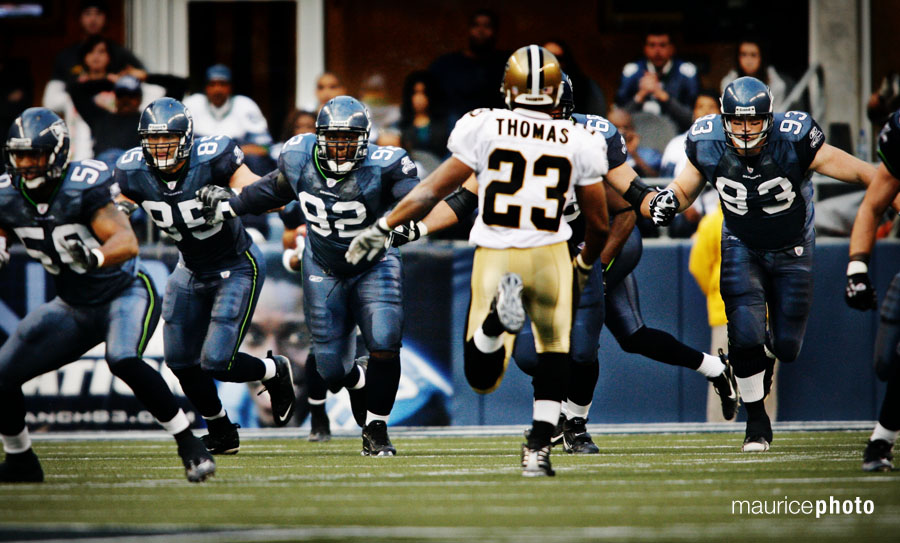 The Sea Gal’s had a great game. As usual their hair was “Bangin”. Maybe they flew in Jonathan Anton to do their hair. I just discovered this page of his awesome quotes. I watch the Soup on E! every week and they always made fun of Mr. Anton. Now I can’t help but think of him whenever I think of hair or hair products. 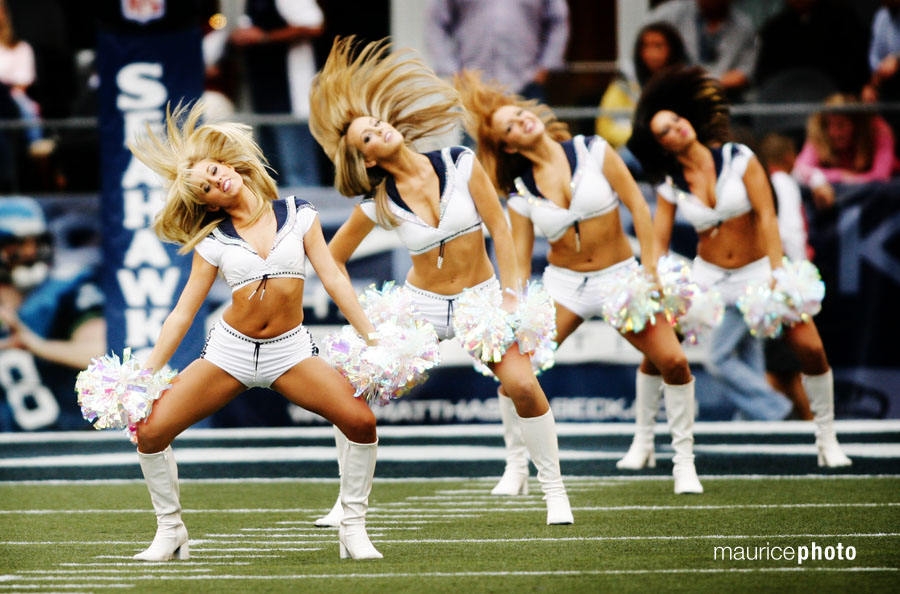 I love this shot of Julian Peterson. I might have to make a big print of this for the studio. He is always one of the most energetic players on the field.

Leonard Weaver looks like he has potential. He’s going to have to learn quick since Mack Strong is now retired. 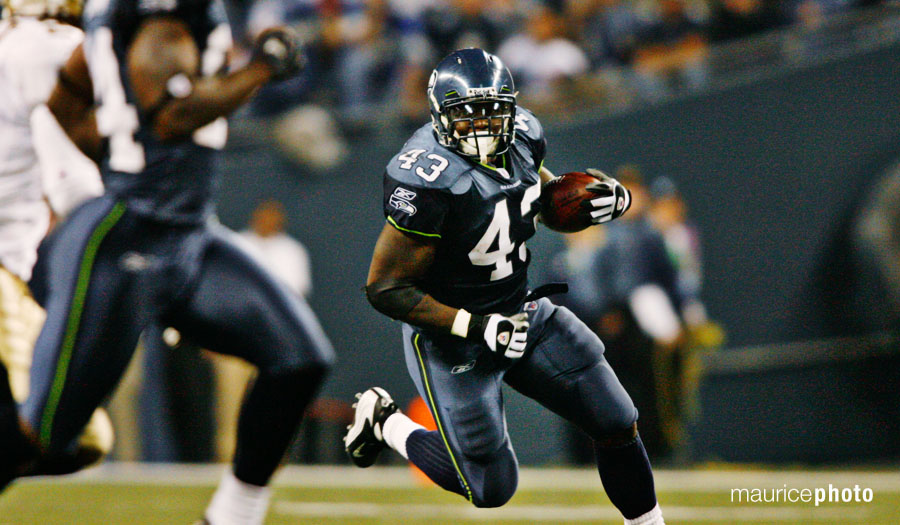