Well, this Sunday against the Bears was a disapointment, but let’s just hope it’s because the Seahawks are banged up and need the offence to get settled working together. Here’s a shot from a few weeks ago that when they looked like a Superbowl team. This shot is crazy because it shows this player getting knocked on his head, but what amazes me is how he has the presence of mind to keep his arm between the ball and the ground despite being inverted with two players hitting him. It eventually got knocked out when he hit the ground but I couldn’t believe he still had a good grip on it at this point. 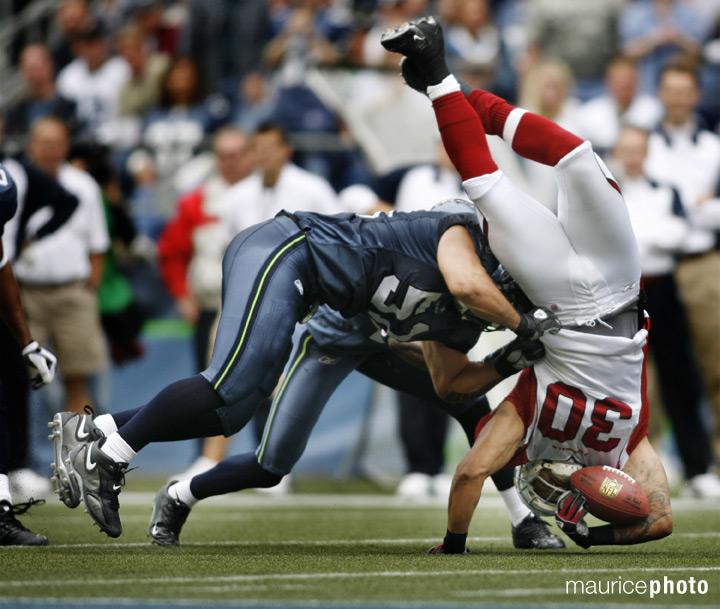