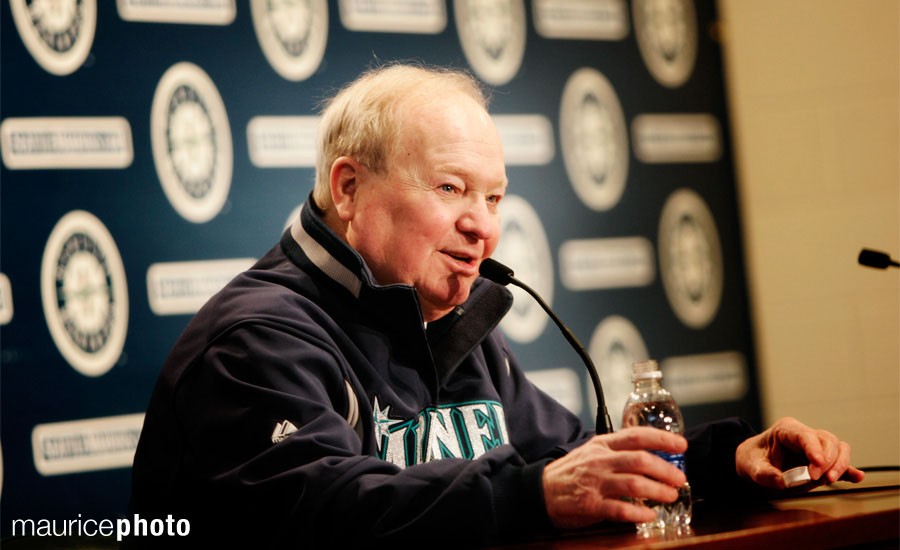 Yesterday the M’s needed me to shoot some pictures of a press conference after Dave Niehaus was informed that he won the Ford C. Frick award for baseball broadcast excellence, and will be inducted into the baseball hall of fame. Coolest of all, yesterday was also his birthday. Talk about a cool present. He’s definitely one of the best announcers out there, we are lucky to have him in Seattle as the voice of the Mariners.