The Raiders ARRRRRRRR not as good as the Seahawks… 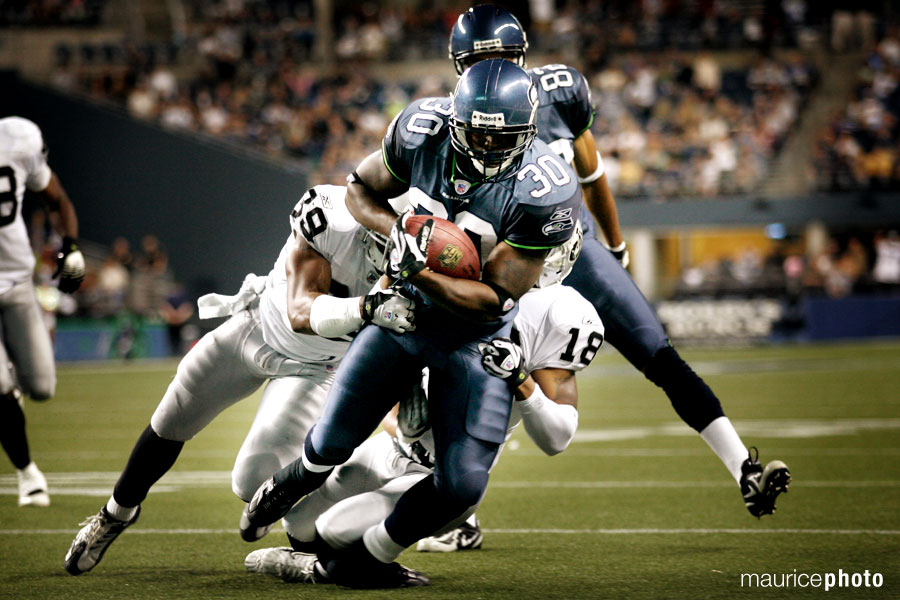 There is never a bad time for Pirate humor 🙂 The Seahawks hosted the Raiders on Thursday, and I shot my first game of the year. (We had a wedding last weekend when Minnesota was in town.) Pretty much only the second team played, but they looked really good. Aside from a special teams breakdown on a punt, we dominated them most of the game. Here Marquis Weeks drags a couple Raider defenders into the end zone. He ran the ball really well and gained some tough yards. 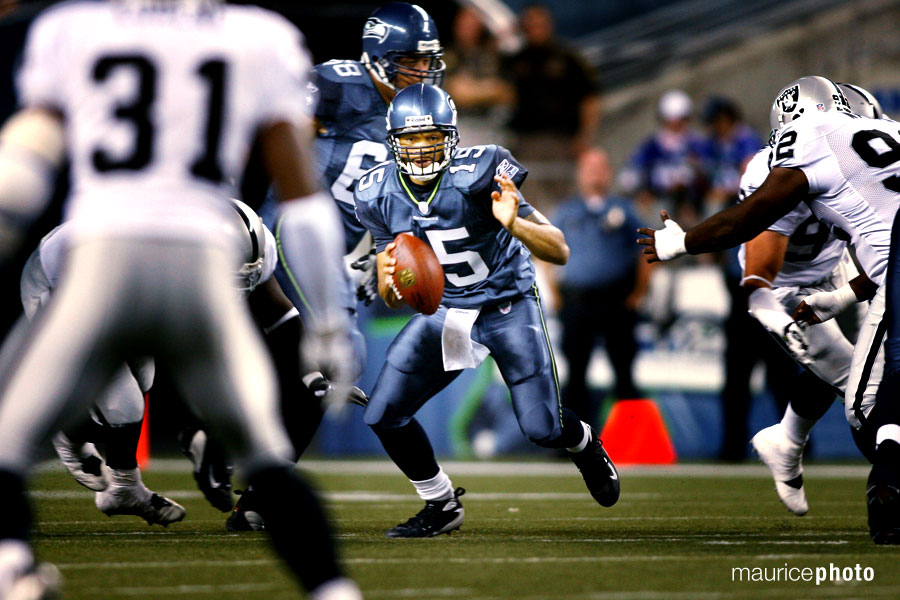 One fun part about pre-season games is getting to see Seneca Wallace play. He is an amazing athlete. Whenever the defense closes in on him he scrambles away almost effortlessly.  I hope they find a way to get him in the game more this year. He would be fun to see in there on some trick plays since he can run, throw, and catch with the best of them.