The Seahawk’s game on Sunday vs. the St. Louis Rams reminded me how lucky we are to have seen them play so well the past few years. I say this, because we easily beat the Rams 33-6, and allowed no touchdowns. I think most home fans would be pretty happy with that result. But after the game a lot of people were talking like it was a loss, because the offense didn’t play up to their potential.I think the offense can and will play better than on Sunday. Hopefully they will start getting back in sync in the next few weeks. But I couldn’t help but think Seattle fans are lucky to have a team that has played so well the past few years that we expect nothing less than perfection.Here are a couple shots of Darryl Tapp, who had a monster game with 4 sacks. 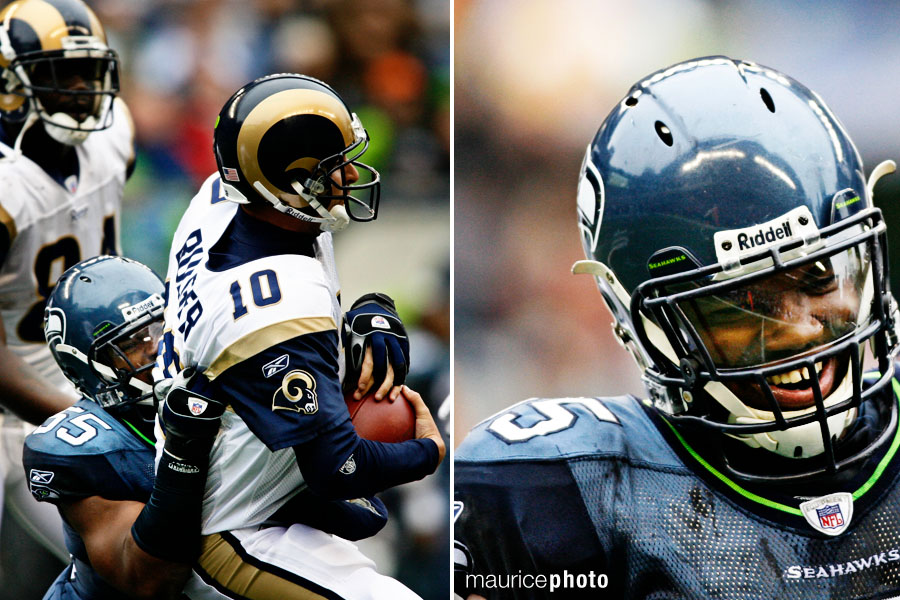 Click Read the Rest of this entry below to see more Pictures!!!!

He injured his hand in the middle of the game and had to finish with a club hand. It really didn’t slow him down though. 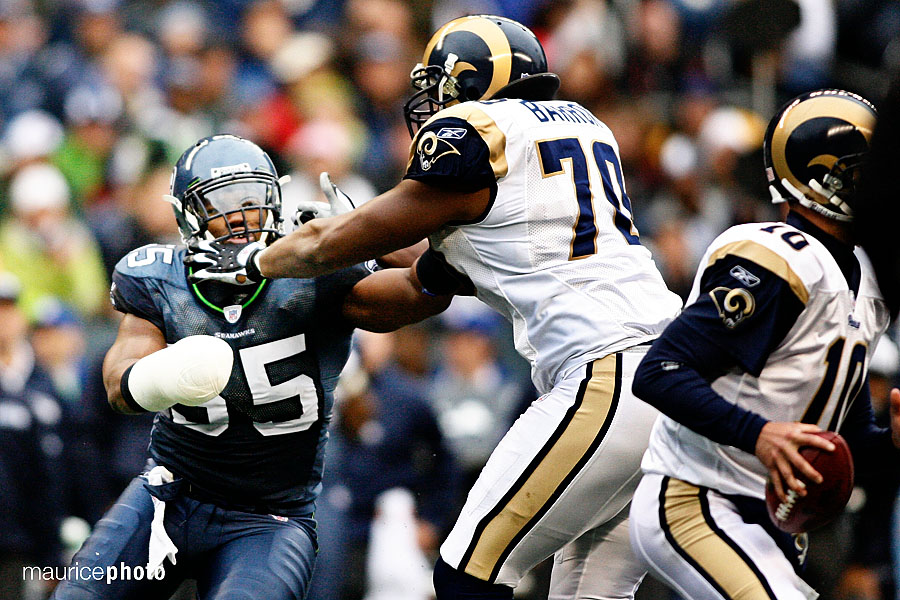 Will Heller had 2 touchdowns on the day. Both right in front of me. 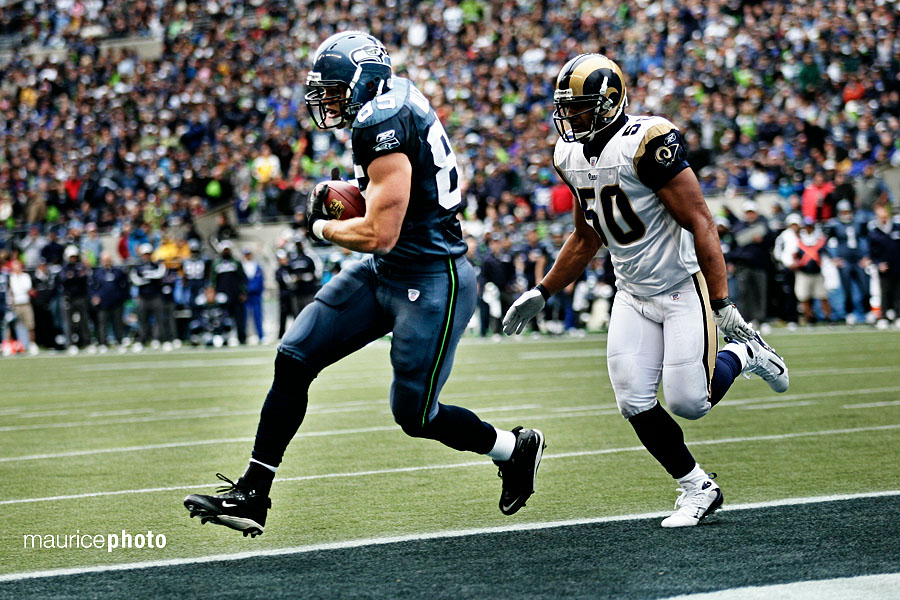 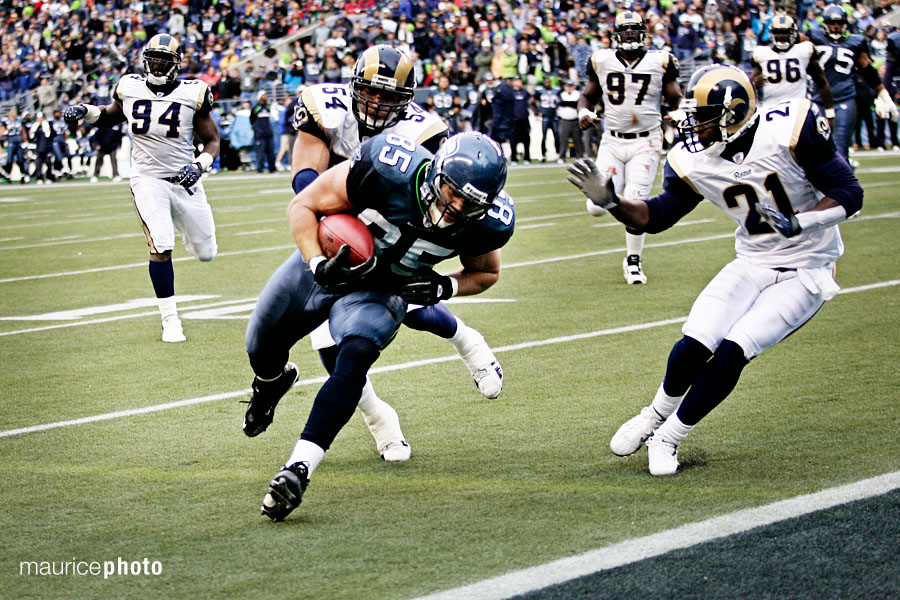 Here’s Josh Brown kicking one in. He had a perfect day and scored more than half our points. 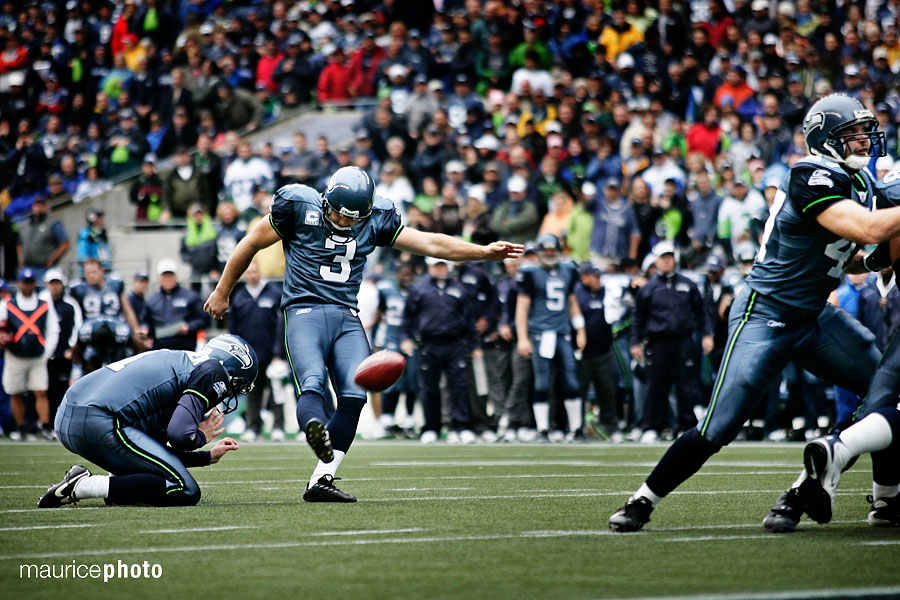 Receivers get a lot of the glory, but also take a lot of punishment. Here Nate Burleson is double teamed and taken down without the ball. Ouch. 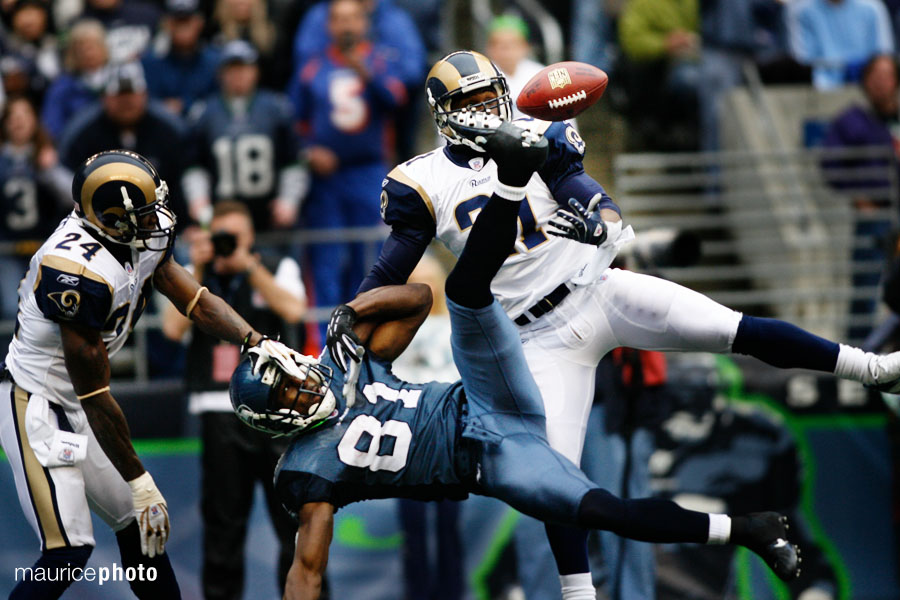 More defensive dominance. Keep it up guys! It’s fun to watch. Notice the ball popping out. Yep, we recovered it. 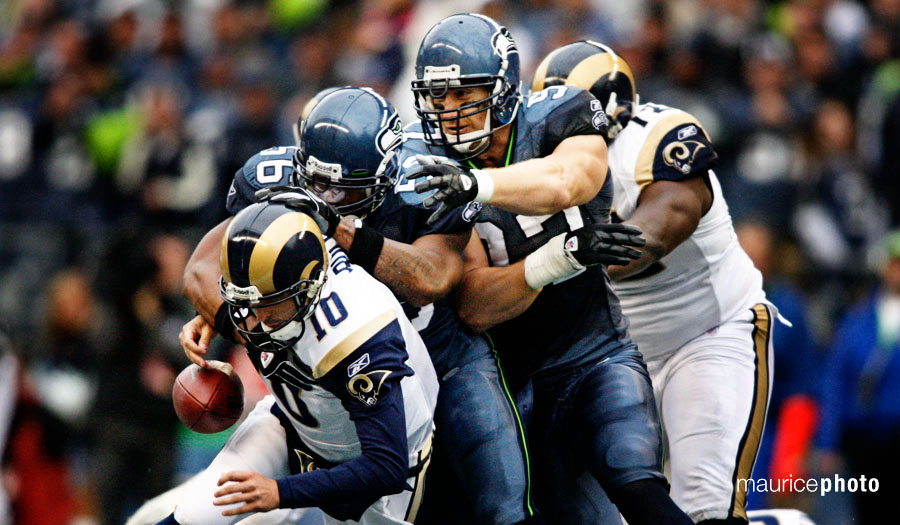 Wow……… I love the the look on the lady’s face next to him. She does not look amused. 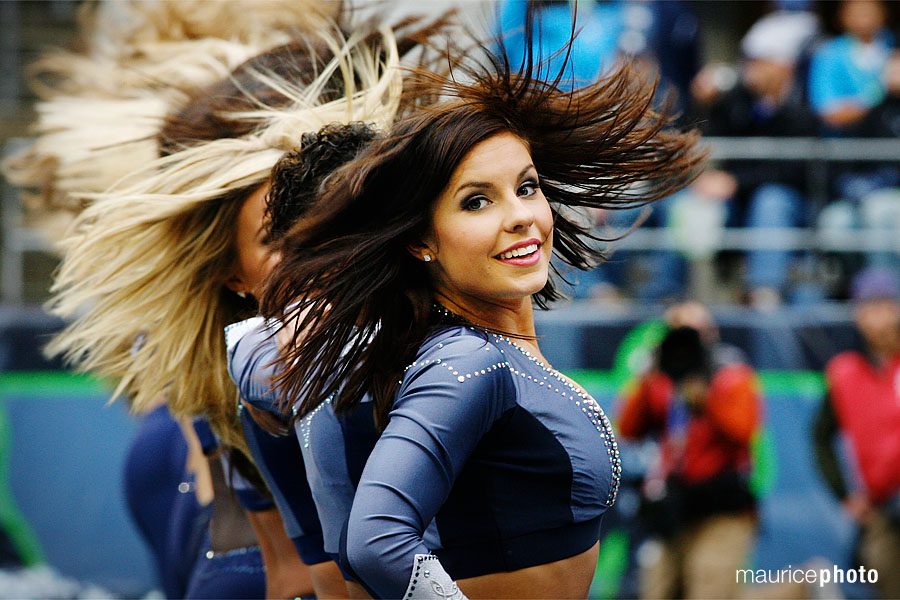 And finally, the fans wish the Ram’s a safe trip home on the way to the visitor locker rooms. I won’t tell you what they were shouting, but it was worse than what is on the signs. 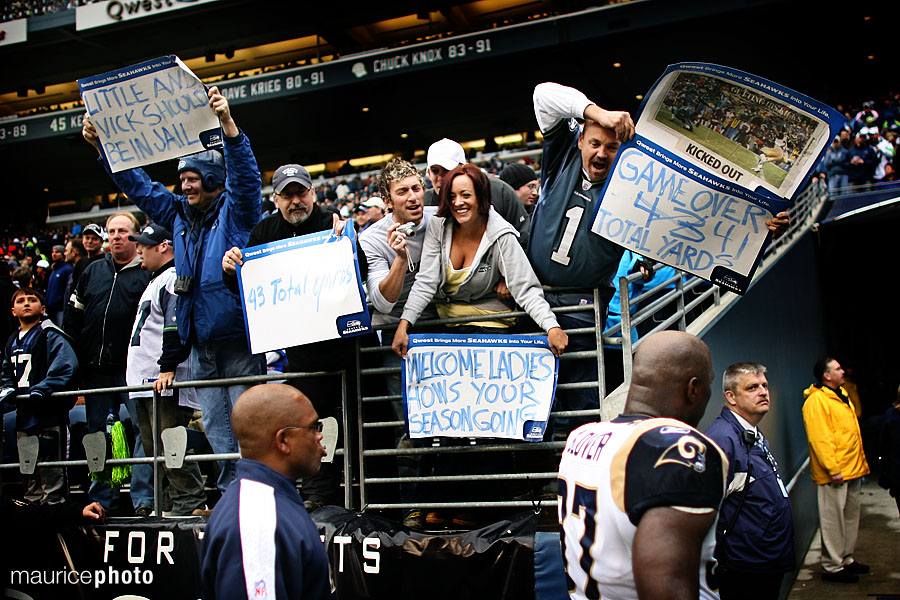