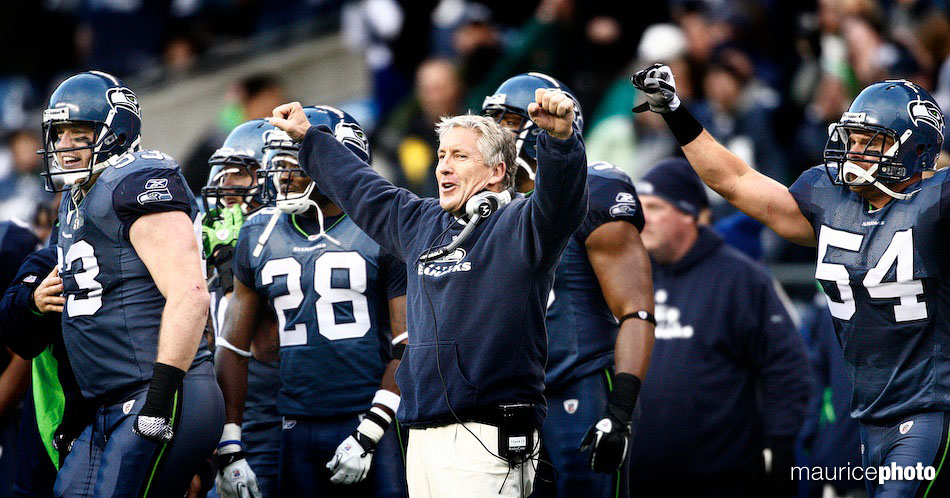 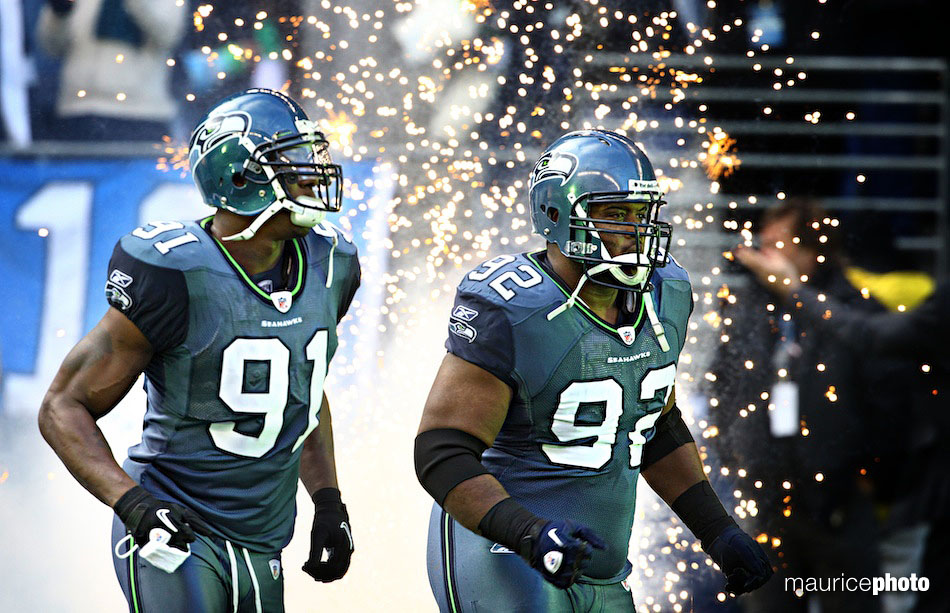 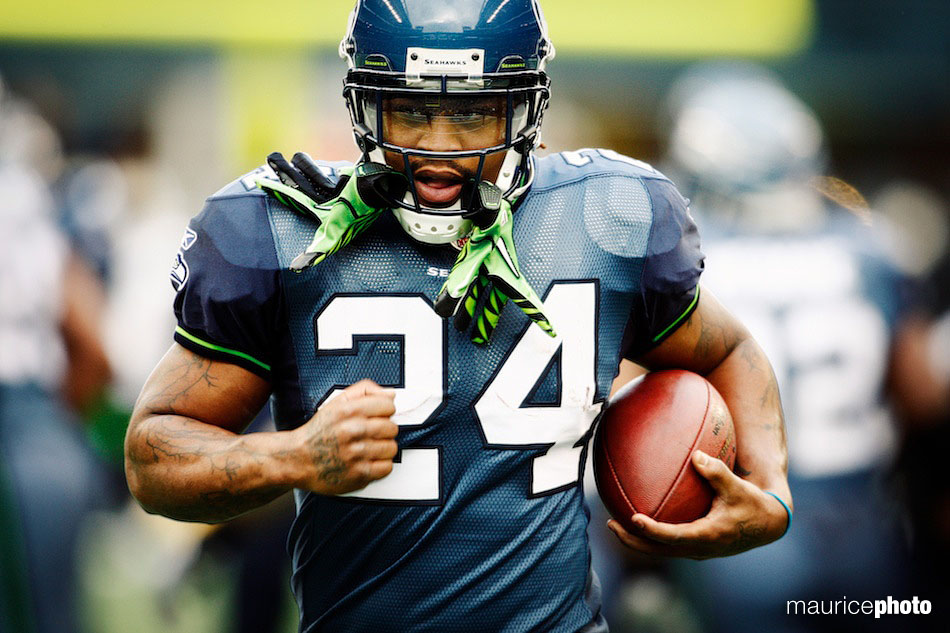 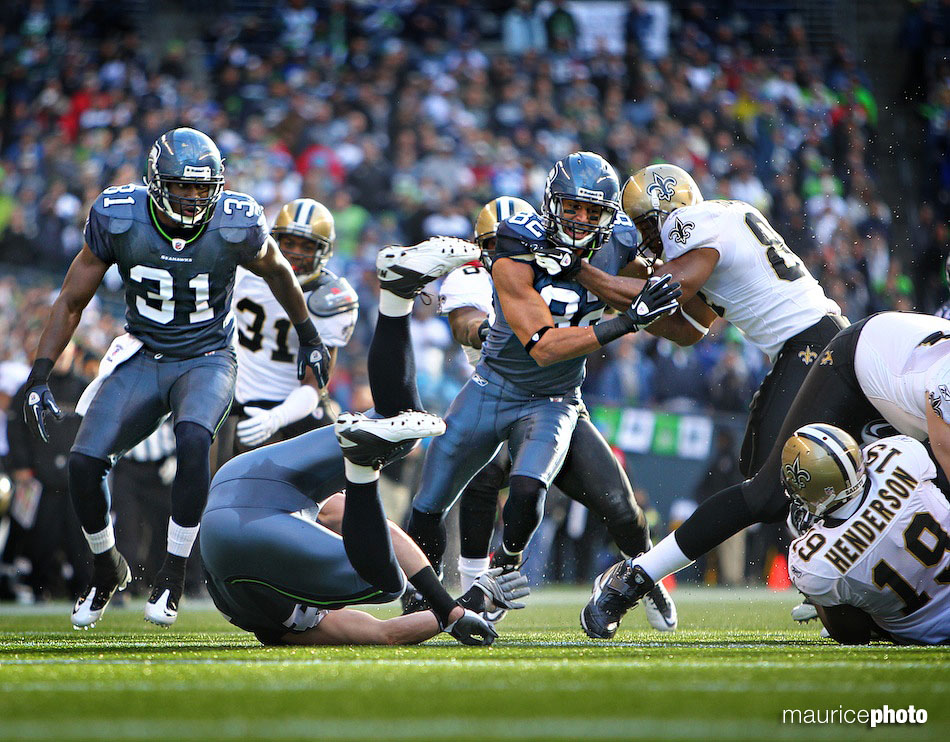 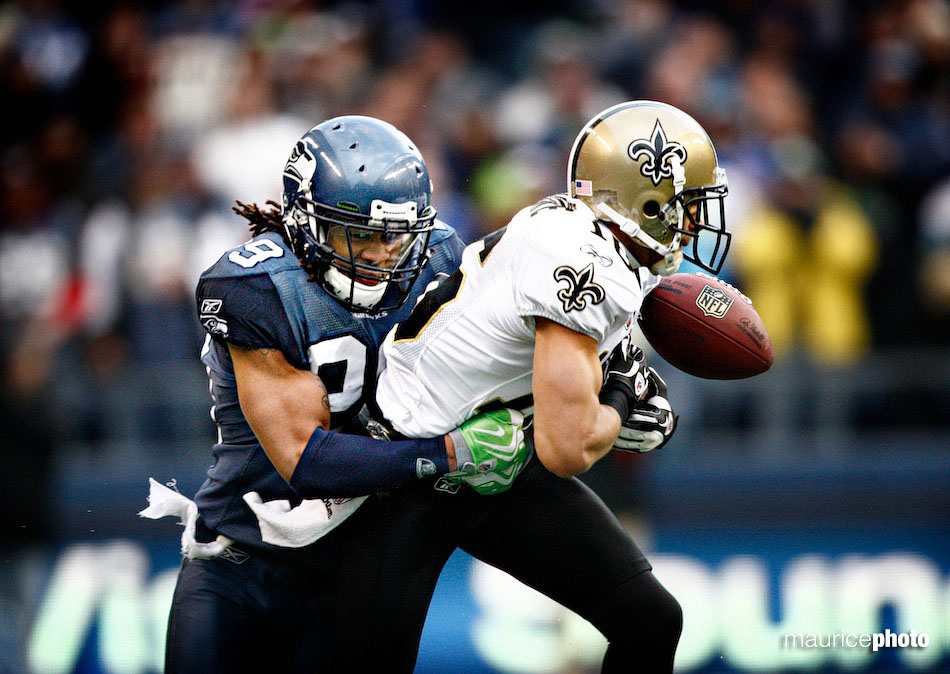 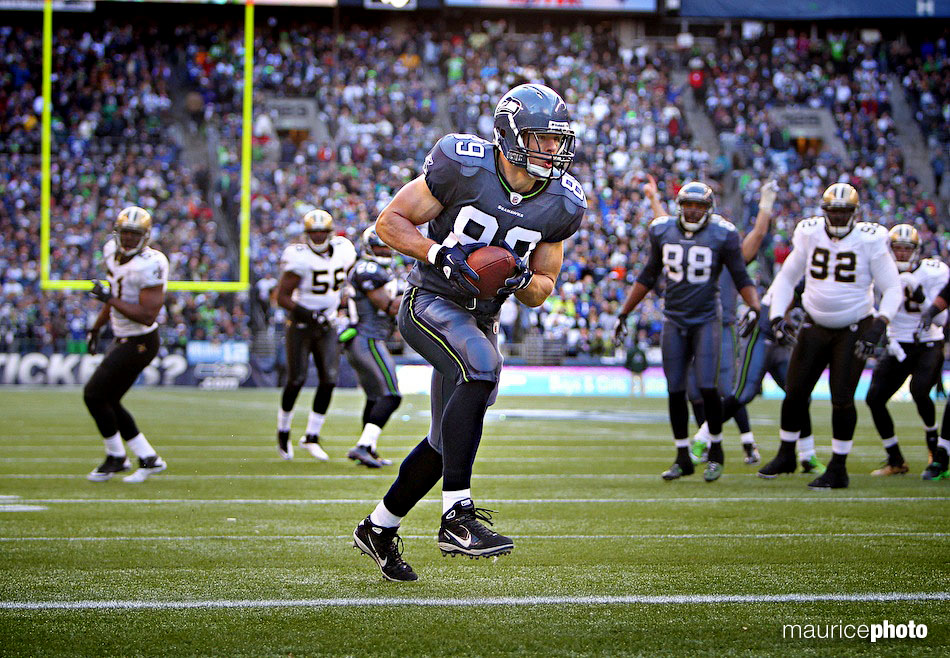 One of John Carlson's two touchdowns. Neither one made a great picture because they were so easy. He almost walked into the endzone both times. 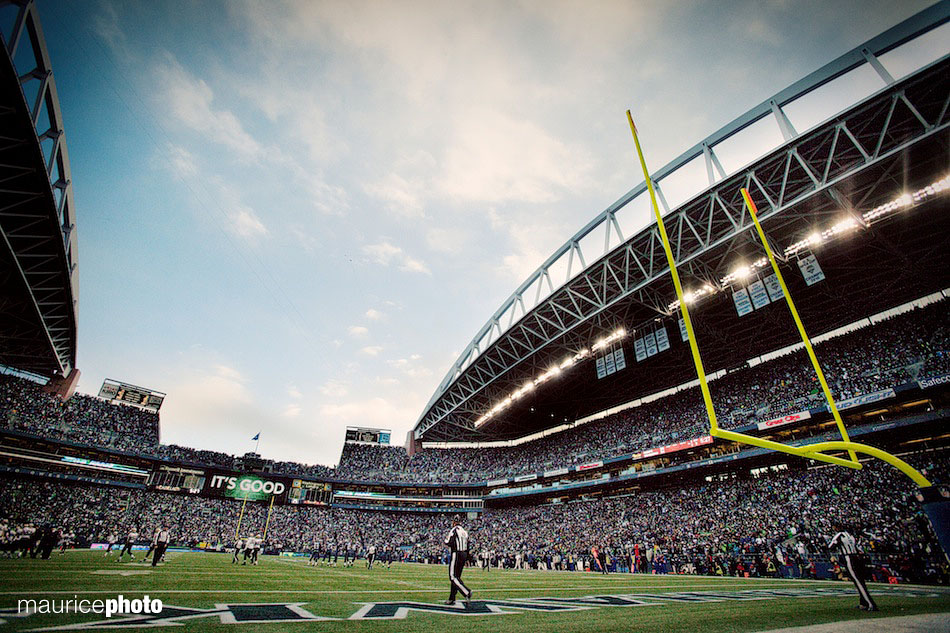 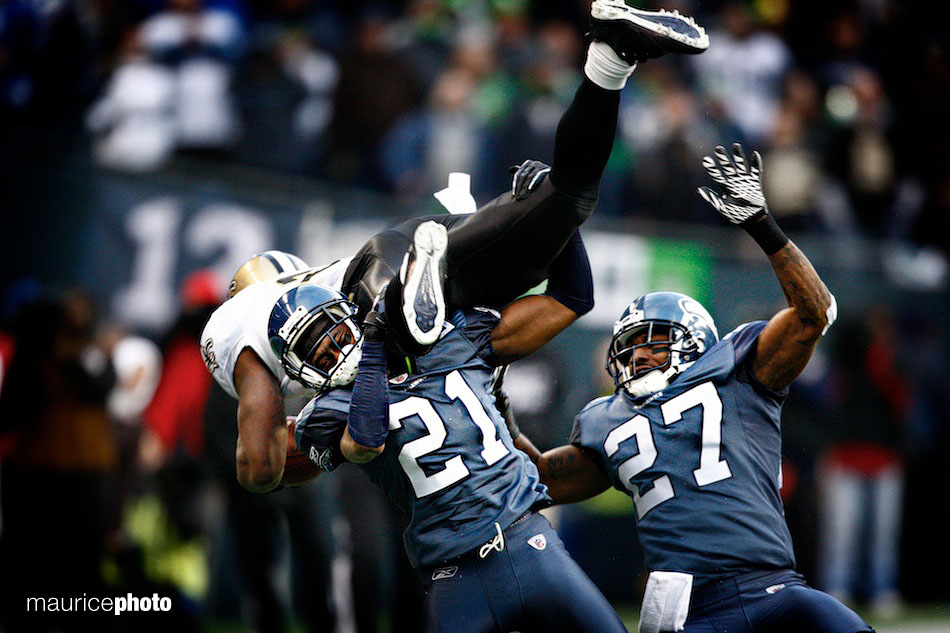 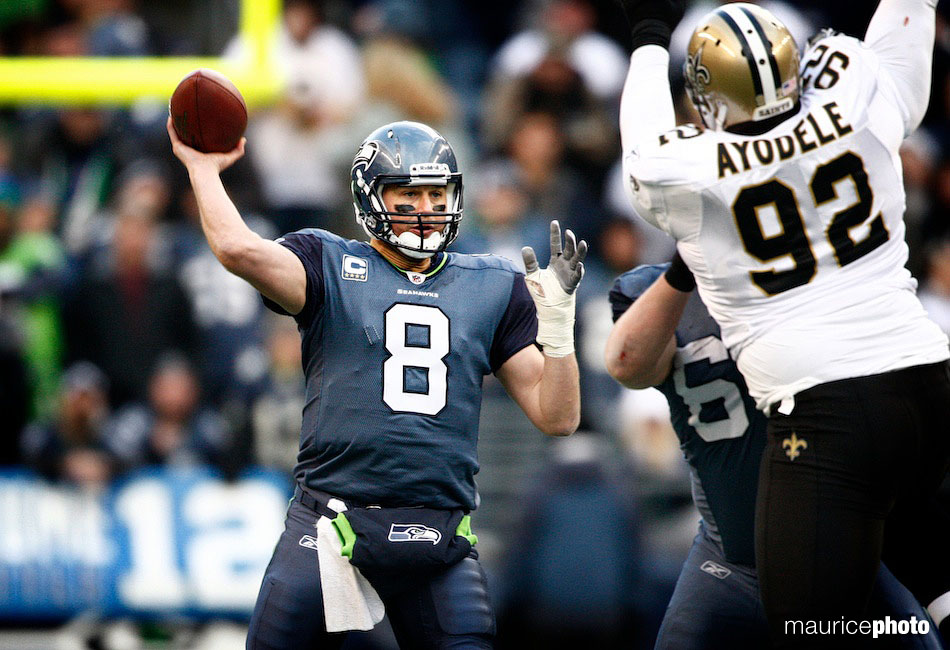 Matt Hasselbeck played out of his mind. After an early mistake, he threw a nearly perfect game. 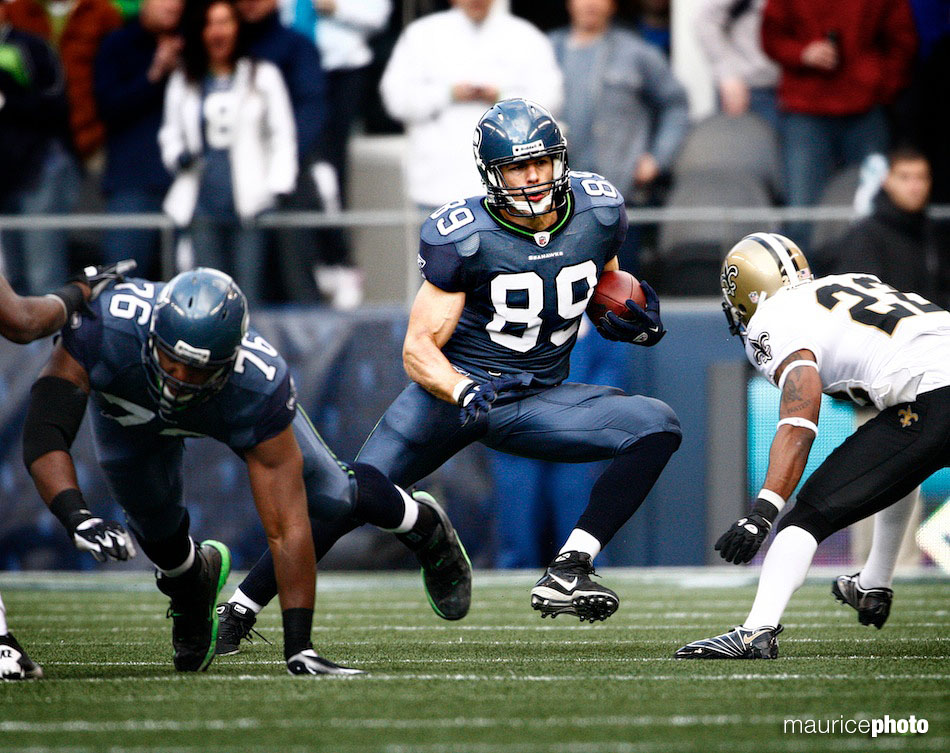 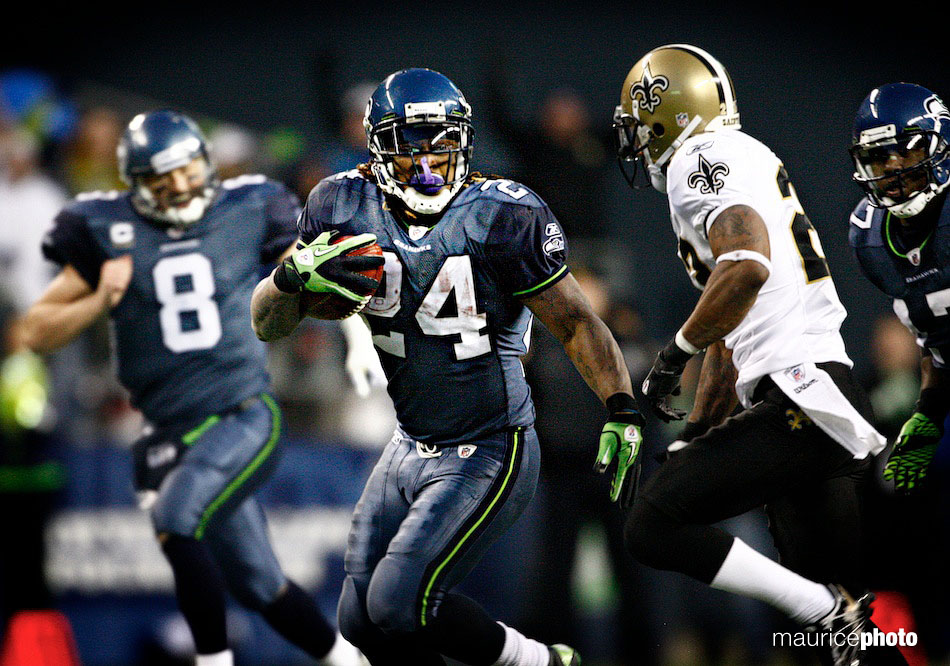 Marshawn Lynch's game icing run that many were saying was one of the best ever. He broke like 8 tackles, and sealed the win for the Seahawks. 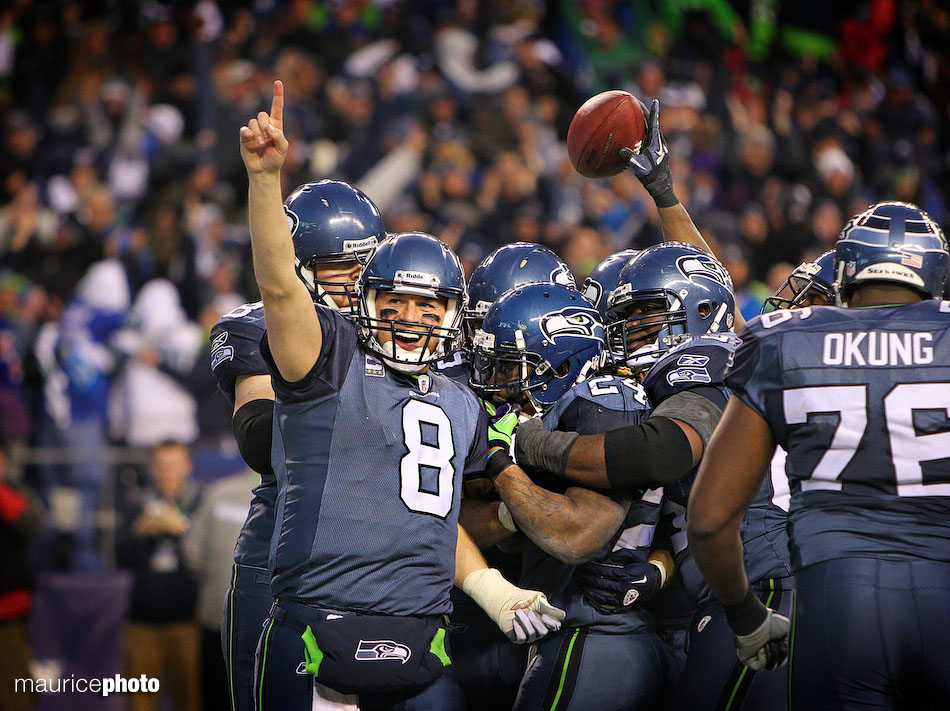 The Seahawk Players celebrate with fans after beating the Saints. The girl on the left makes this picture!