A few from yesterdays game. There were a few bright spots, but overall a frustrating game for most Seahawks Fans. 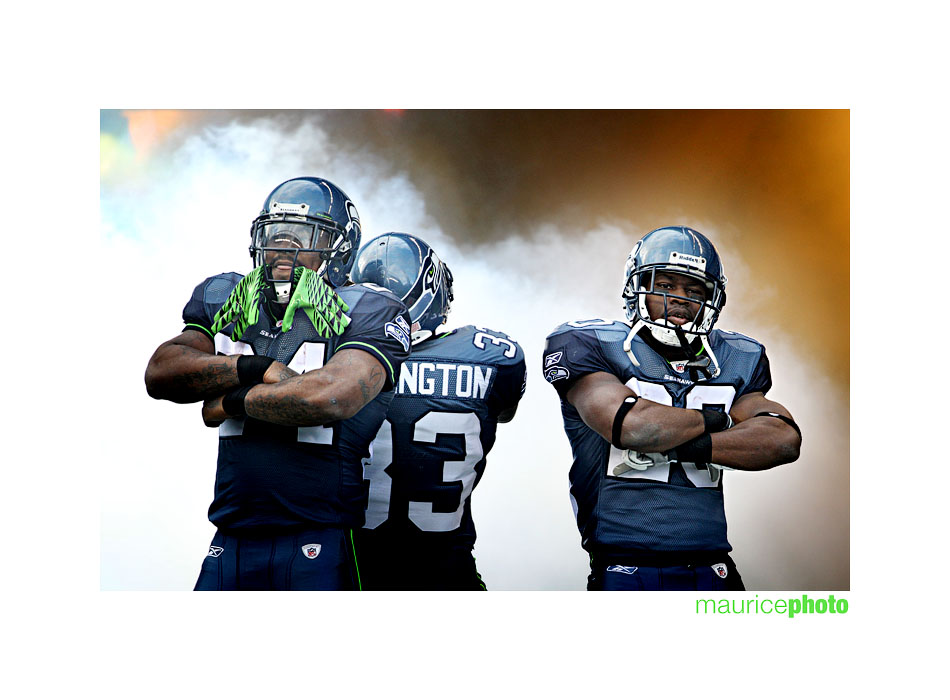 The Seahawks running back trio of Marshawn Lynch, Justin Forsett, and Leon Washington were introduced as a trio instead of individually. Unusual but cool to see among teammates that are competing with each other for playing time. 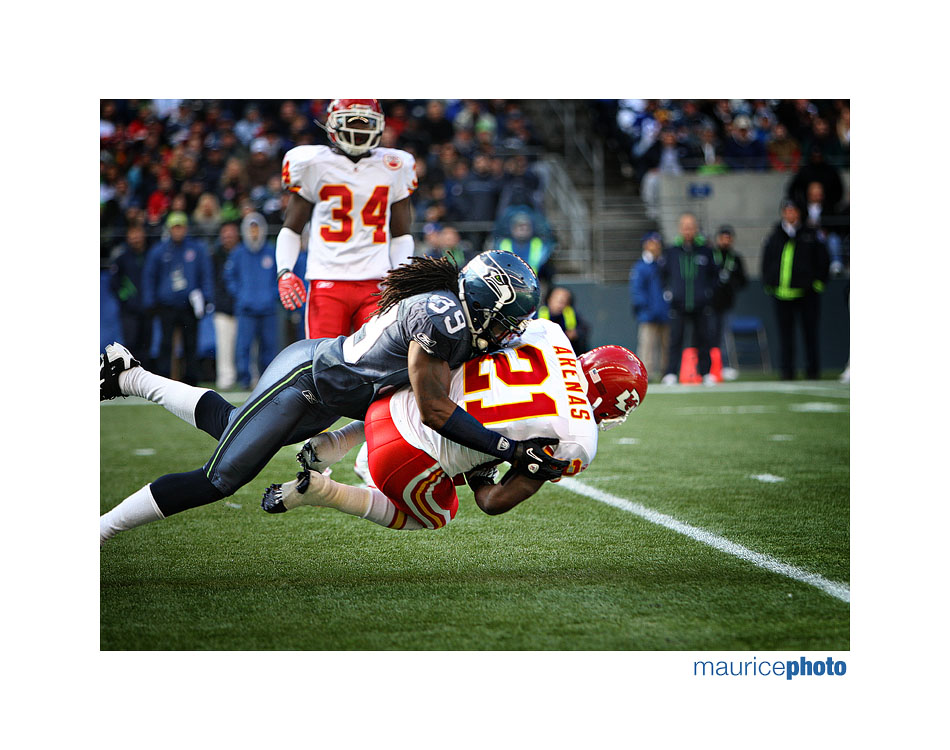 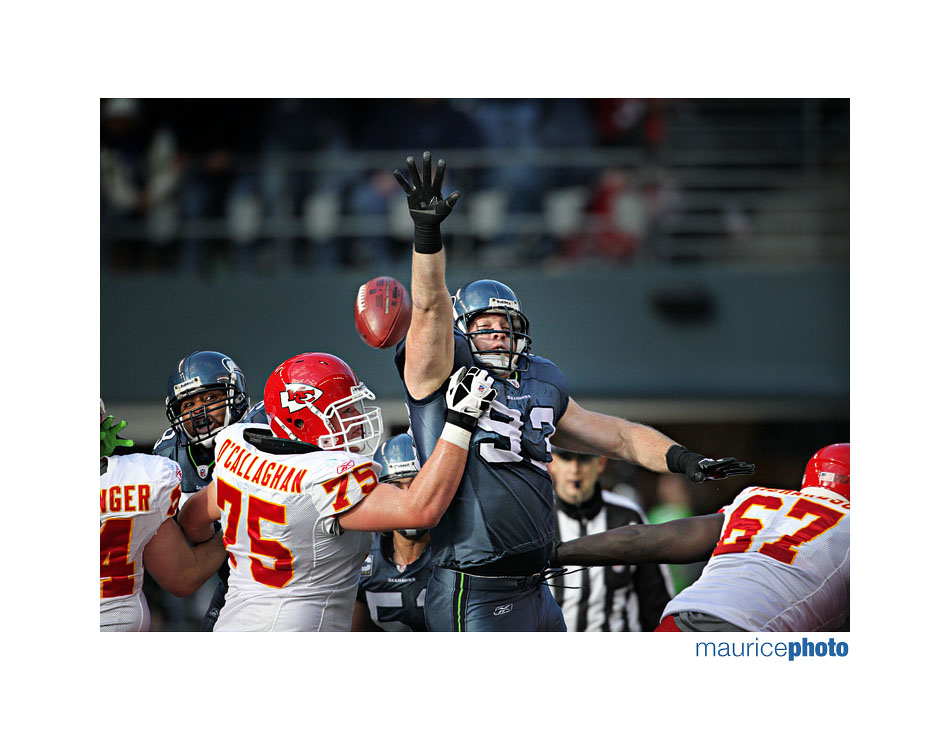 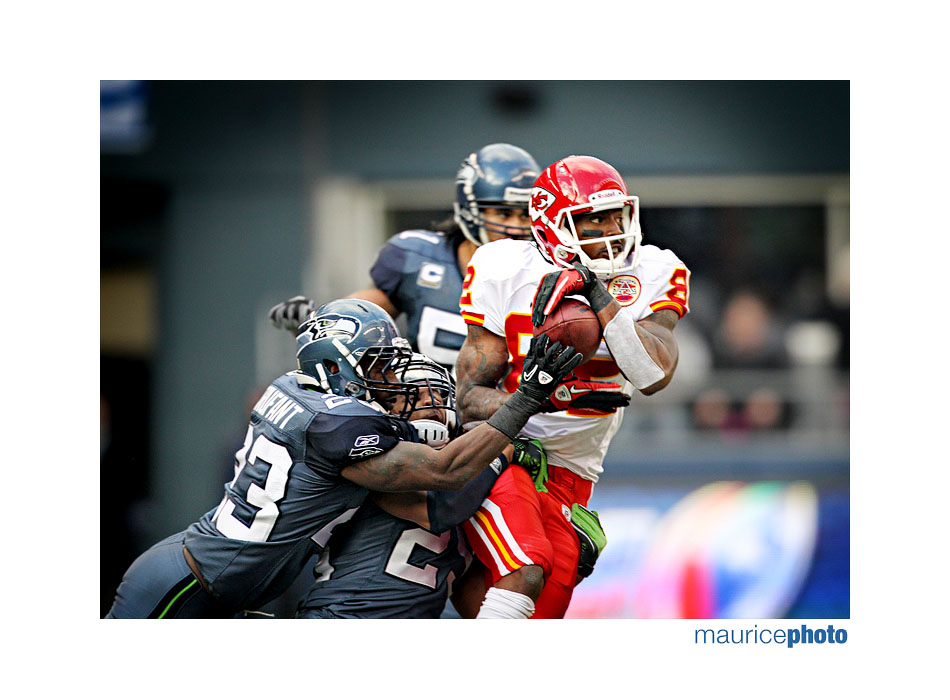 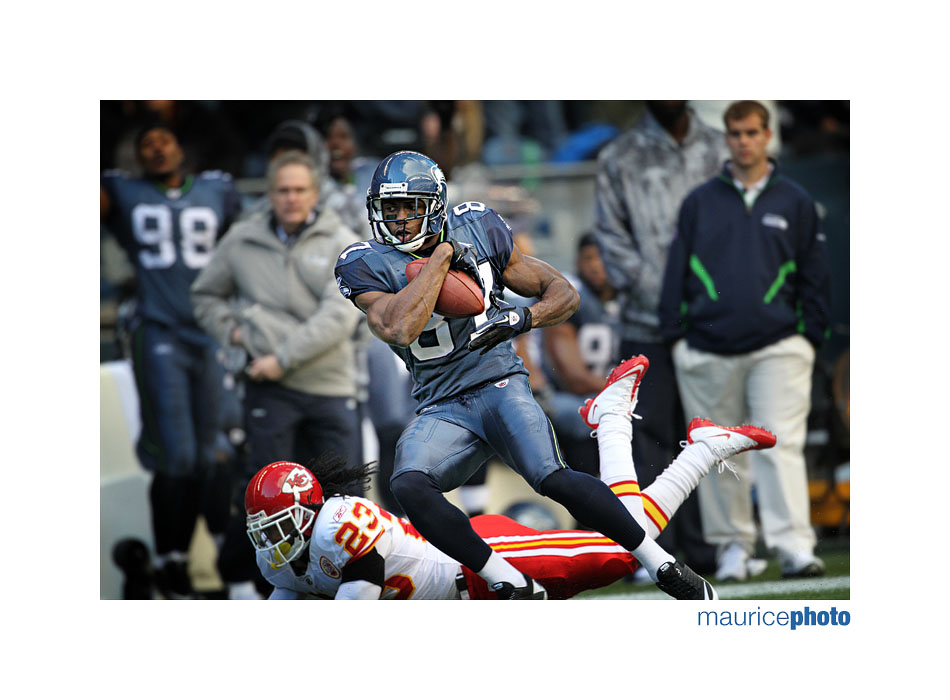 Ben Obomanu makes a great 50+ yard catch to open the 2nd half. 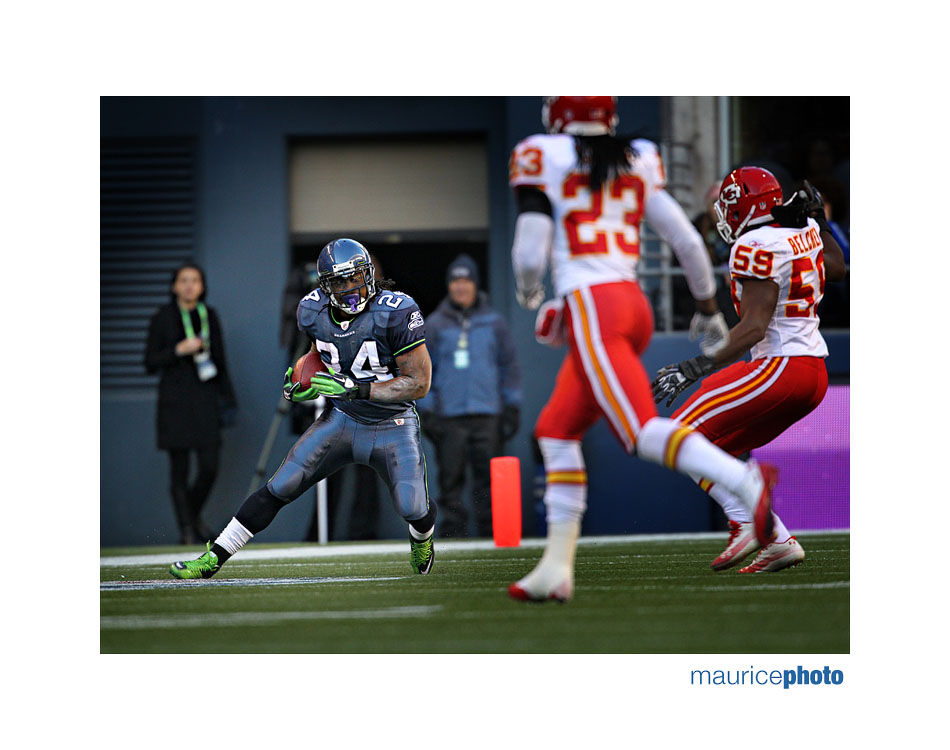 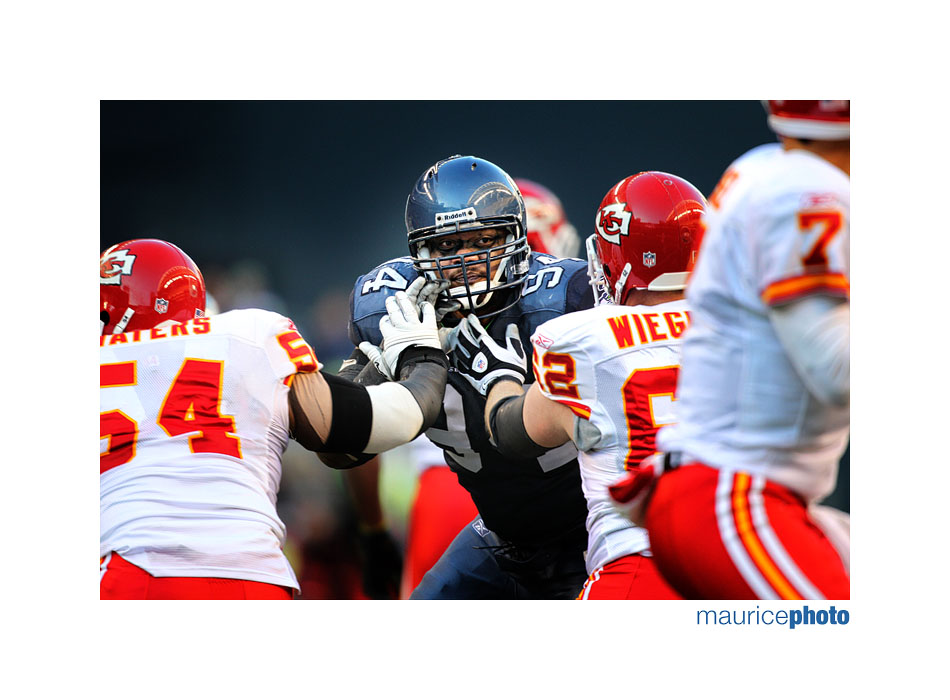 I love football pictures where you can see the players eyes. I was shooting this game with a Canon 600mm f4 lens, so was able to really get in close. 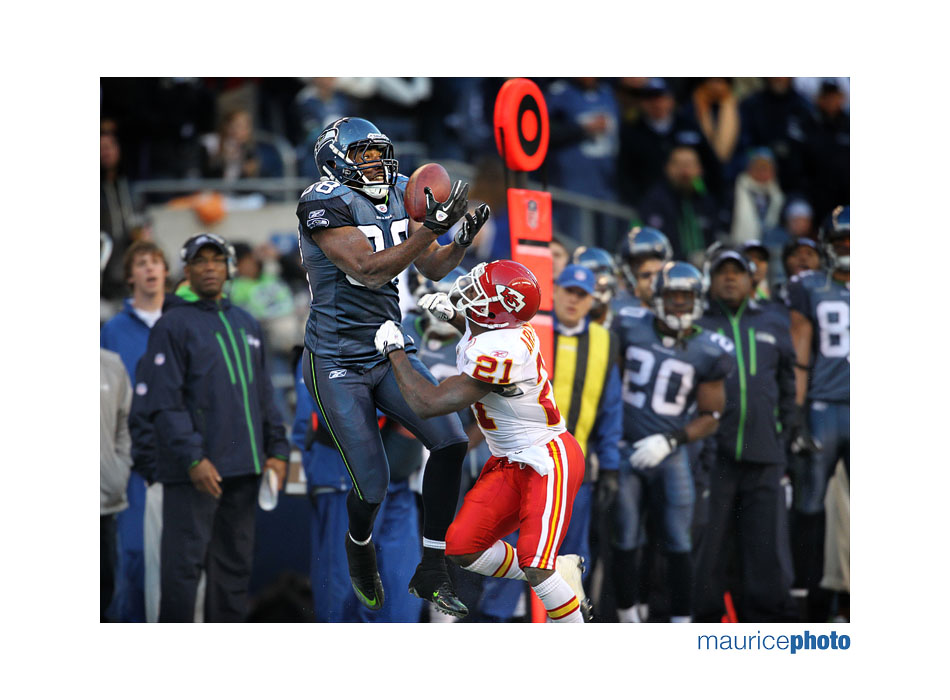 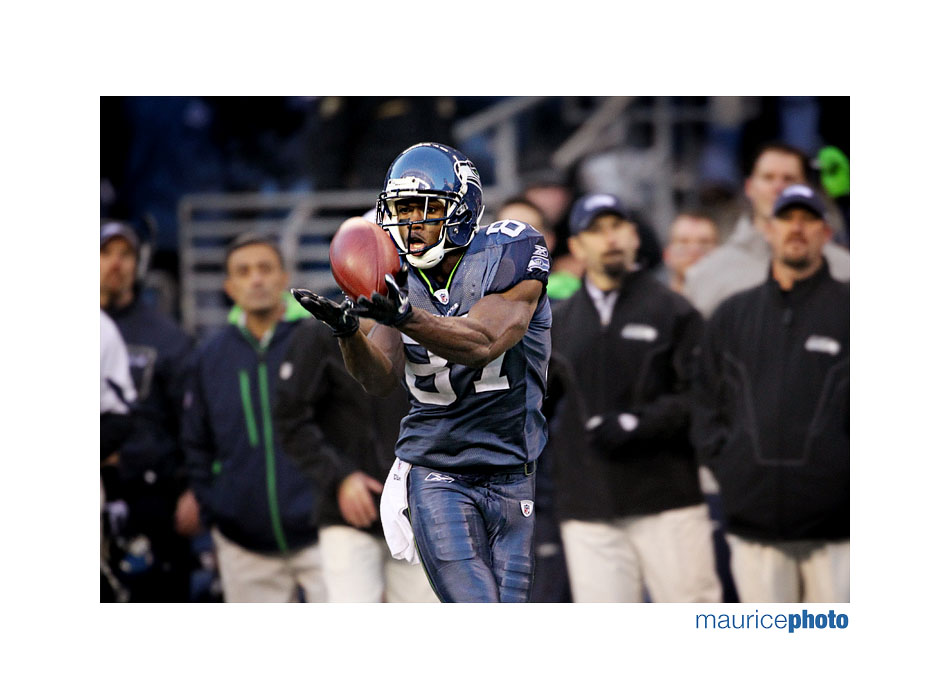 Ben Obomanu's second huge catch that resulted in a second half touchdown. He put an amazing move on the KC defender of faked him out of his shoes. 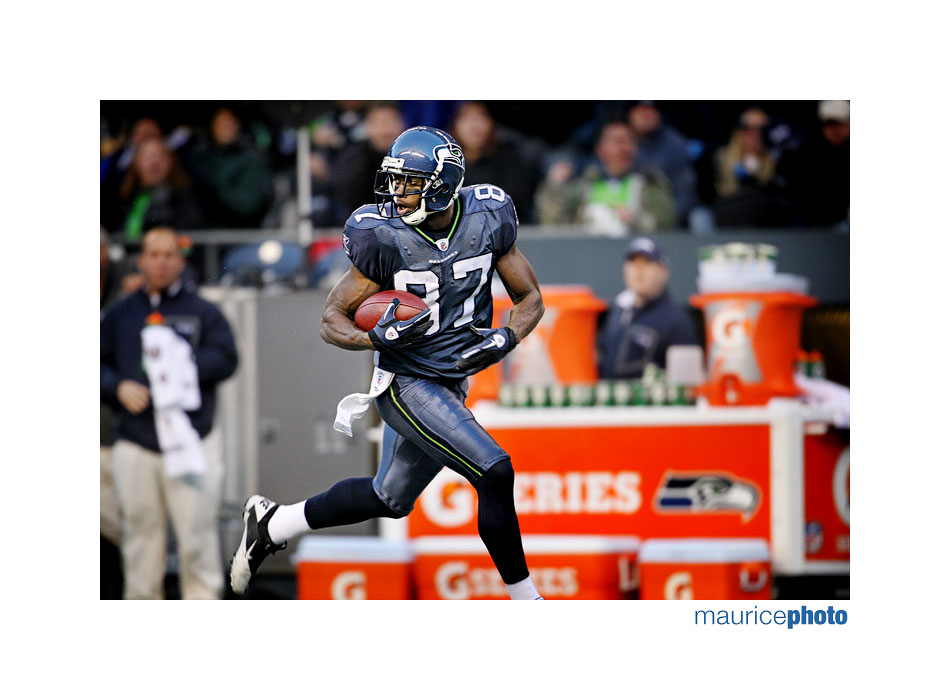