Well football season is here and I’m starting to get excited….. Single game tickets went on sale the other day and sold out in 15 minutes! This should be a great season.

In honor of the football season I’m posting monthly desktop calendars featuring some of my shots from last year. I know I’m a little late with August, but I promise to get the next months posted in time 🙂 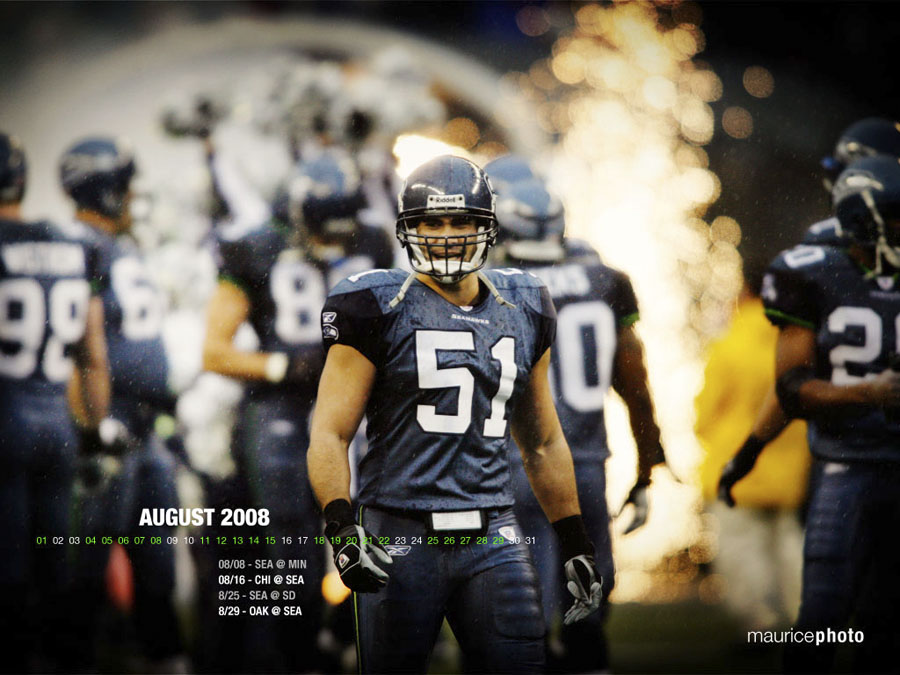 Here’s a Rolling Stones Wallpaper for you Classic Rock fans.

I’ve been working on some new Maurice Photo wall papers and am going to get some more posted in the coming weeks. Since the Seahawk’s are in the Divisional Playoffs this weekend in Green Bay, I want to help get the 12th Man fired up. Here’s a new Pat Kerney Wallpaper from a picture I took at last week’s wild card playoff game.

He was runner up for defensive player of the year, and is quickly becoming one of the most popular Seahawks.